Hey! Loving Synth V so far, Elanor is hands down my favorite English-speaking vocaloid. Are there any plans for a male English voice in the future? If so, how far out in the future would the release be? Also, it would be great to have a voice with a choir singing style. Thanks for a great product and keep up the good work!

Kanru’s software is INCREDIBLE, I’m looking forward to it on mac to start making my productions

But a english male voice as good as Eleanor would be magical… And Mac Osx version, I hate Windows and I hate to wait

I sold my kidney for this. Who wants it?

Our author is having a “look a squirrel” moment right now with his passion for AI. We have all become distasteful end-users now. (understandable). Maybe his endeavors will prove fruitful for us peasants.

why not make “Genbu” sing in english? I have not tried him, but if its the same ROMANJI, as Yamine Renri (both of them are japanese singers), then it should be as simple as copying the user dictionary ^^ (or it could work without the copy paste IF its the same ROMANJI) i don’t know per say, just my thoughts.

why not make “Genbu” sing in english?

I’ve tried this before, it’s quite difficult because of how limited Japanese is phonetically. You can get him to sing in “English” but it’s very awkward.

I am currently hoping that Animen or another interested third party is working on an English male, too, as well as a Chinese one.

Could try @Animen, not sure if they deal with this though

Animen is our (Dreamtonics) client. We are separate businesses ran by different people.

Oh man, I would LOVE an English Male voice. Or just more English voices. I love Eleanor but I want to do duets with multiple Synth V voices in English.

Until a male vocal is available, here’s a workaround that I posted in response to another request for a male vocal:

While it would be nice to have at least one English male vocal, there is a way to convert Eleanor’s vocal to sound like a male. All you have to do is render a .wav file of a melody track with Eleanor’s voice singing the lyrics you’ve entered and then open that .wav file with Audacity. Next click on Select and then click All to select the entire track. Then click on Effects and Change Pitch. Another window will appear. On the lower part of this window is a slider. Move that slider to the left until the number -24 appears in the Percent Change field. This will lower Eleanor’s voice by a fourth interval (for example, from a G to a D or from an alto to a tenor). If you want a full octave interval lower (from an alto to a baritone), move the slider until the number -36 appears in the Percent Change field. Then click on OK. Also, make sure that the “Use High Quality Stretching” box is checked. Finally, make sure that you saved Eleanor’s vocal in a key that will result in the final voice being in the correct key for your song.

Another way to make Eleanor sound male is to download this pitch corrector plugin called Kerovee and open it in your DAW of choice. There is a preset called “Female to Male” and it’s legit, it sounds great.

According to some reviews I read, Kerovee “distorts the sample quite a lot, but if you go for a robotic voice anyway it doesn’t matter, does it?” Personally, I’m trying to stay as far away as possible from the robotic voice. The other downside to Kerovee is that it only works as a VST plugin on Windows-based DAWs, so Mac users can’t use it.

So, as a follow-up to my previous post about using Audacity to convert Eleanor’s voice to a male sounding voice, I did some extensive testing and found out that the best way to obtain a decent sounding male voice from Eleanor’s voice using Audacity is to use the Pitch selection options at the top of the Change Pitch dialog box instead of the Frequency entry fields at the bottom of that same dialog box. I created and tested 6 copies of 3 different “Tension/Breathiness” versions of the song “Row, Row, Row Your Boat” in 4 different keys (C, G, D, and A). In each test, I always selected the first note in the song (C4, G3, D3, and A2) for the “From” pitch and then selected one of five adjacent descending keys as the “To” pitch to convert to. For example, for the C4 “From” pitch, I selected B3, A3, G3, F3., and E3 as the “To” pitch for each of the five copies of this song and kept the first copy intact as my reference. I then did the same thing with all the other versions in the other keys. As a result of my testing, I discovered that the “sweet spot” pitch change range for making Eleanor’s voice sound like a male is 5 to 8 semitones or 3 to 5 major keys. Anything less would not produce a fully male-sounding voice, and anything more would introduce too much distortion. So, the trick is to make sure that the melody for Eleanor’s voice in your song has been first transposed in Synth V to a key that is no more than 5 to 8 semitones above the target key in which you want to have a male-sounding voice, and then to change the pitch downward from there using Audacity’s “Change Pitch” function.

Here’s a link to an MP3 file with all 36 male vocal samples that I created with Audacity:

Chanterelle, a better free pitch corrector plugin that doesn’t add the distortion that Kerovee add is Graillon. It has a pitch shift feature that works much faster than Audacity (it’s instantaneous) and sounds identical to Audacity’s “Change Pitch” effect. There’s also a version to buy that has more features than the paid version. Here’s the website that has a review of it followed by the website link to download it: 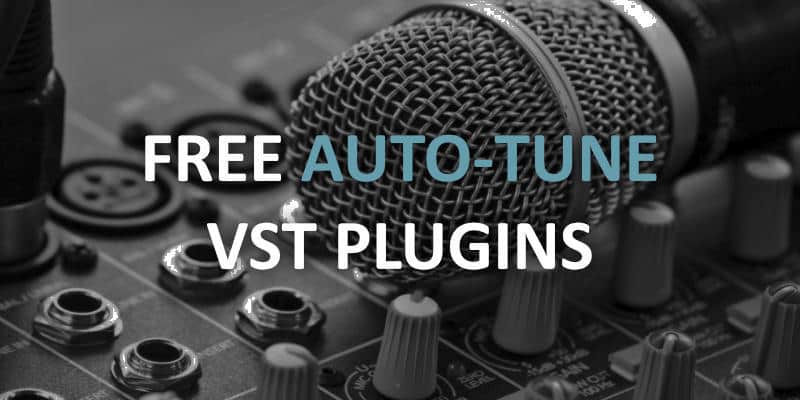 A list of the best free pitch correction (Auto-Tune) VST/AU plugins for Windows and Mac!

Good news! No pitch change post processing needed to create male vocal tracks! I posted this in two other threads on the same topic, so I decided to post it here as well.

This comment is for everyone. During the process of creating a demo of a song for my producer last week that has both male and female vocal parts, I discovered that Synth V already has a male vocal capability built into it, which eliminates the need to do any “pitch shift” post processing to create a male vocal track using a track Eleanor’s vocals in a slightly higher key (5-8 semitones higher) as a starting point per suggestions I made in previous comments on this topic. I don’t know why I didn’t discover this before when I was experimenting with the various settings on the Voice Database dialog box, but I probably didn’t experiment with the the right combination of settings and notes.

Anyway, I uploaded a Synth V file that contains nine variations of the male vocal that you can create from within Synth V. Once again, I’m using the song “Row, Row, Row Your Boat” as my sample melody because it has a one octave melody. In order to cover all of the possible male vocal ranges from bass to tenor (from C2 to C5), I duplicated this melody 36 times so that you can hear what each male vocal variation will sound like in any key you desire. I’ve also included a complete set of these 36 melody samples with the default Eleanor vocal (0 Tension, 0 Breathiness, 0 Gender) for comparison. The only mods that you may still want to make to the male vocal track afterwards are to the tonality so that the lower notes are easier to hear in a song. But this can be done in your DAW using an EQ plugin.

To see what settings you’ll need to create a male vocal track that sounds like one of the samples, you’ll need to have both the Track Manager and Voice Database dialog boxes open at the same time. As you click through each track in the Track Manager, the Tension, Breathiness, and Gender settings will change in the Voice Database dialog box for the track you’ve selected. You can then play the samples for each track from any point in the file that would match the range of notes in your particular song. Here’s the link to my file for you to download from my Box account: