New languages I would love to see added to SynthV

SynthV is already compatible with English, Japanese, and Mandarin. If there’s any new languages I would love to see added, these are what I suggest:

The Spanish Vocaloid community is kinda known for its toxicity but as long as people can get around that I think that’ll help SynthV a lot. Likewise, the Korean Vocaloid scene is kinda infamous of its own fair share of controversies so it’s something to tread carefully of but if it happens it could really pay off. I do vouch for French though.

(I’m not native English speaker, sorry for potential mistakes. )
As for the Korean language, I think it is possible to mimic the pronounciation of Korean by a finetuned SynthV dict (Korean → Chinese Madarin), because visemes of Korean is a subset of Chinese’s. Especially for SV Studio after ver1.5.0 which brings cross-lingual support, AI banks in Chinese mode seems to have more phonemes than previous standard banks (for example, not only a but also A in X-SAMPA). Though some strange pronounciation may take place, they can be manually corrected.

LOL is that so??? I wouldn’t really attribute any of those controversies to particular linguistic ‘sides’ of the vocaloid community… I mean hasn’t the English and Japanese side of the fandom seen it’s fair share of fandom drama / controversies?
Imho, I think that when a fandom starts to look like it has lots of toxicity or w/e, that it’s really just a symptom that comes with having a highly active online community.

I propose the French. I live in Quebec, Canada, there are more than 50% people who speak French around me.

As for the Korean language, I think it is possible to mimic the pronunciation of Korean by a finetuned SynthV dict (Korean → Chinese Madarin), because visemes of Korean is a subset of Chinese’s.

I think you meant to write phonemes. The viseme is the shape the mouth makes while forming the sound, while the phoneme is the sound.

spanish would be cool too but i would probably not use that??

French !!! I’m French from France and my voice is terrible, I hope to hear Kevin/Kyo/Muxin in French voice to sing for me

I’d throw my two cents in for German language. German lyrics are quite hard to achieve by English/Japanese/Chinese phonemes. Some might he covered by French phonemes, though, so this might be a big step towards it, too!

A vote for operatic Italian voices, that would be great…

Japanese side I’m not sure, but English, yes, but it’s nowhere near as bad as the Spanish/Korean side of things. I wasn’t going to mention any of them because it’ll cause flame wars, but let’s just say one guy wanted to make a set of Spanish voice libraries but his compatriots have been criticising his libraries for sounding too similar to some of the existing libraries, which is kind of inevitable with how much development the engines have yet to undergo (you can technically make any two libraries sound like each other if you put in the right amount of work and research). And then the guy (understandably) lashed out at the rest of the community and announced his resignation. As for the Korean side, way worse. There’s been a voice provider that’s been known for some… yea, I can’t say what she did without risking getting banned from all of the internet, we all know there’s a good reason why all platforms have strict policies against NSFW content.

English side of things on the other hand, the worst it’s ever gotten was like, what, voice providers of a couple Vocaloids treating their characters like darlings and kinda being aloof from the rest of the fanbase (to be personally fair I’m on the middle of the fence about it)? Or do you want to talk about how I wound up banned from several platforms over defending several libraries’ viability in rock and metal, because that’s the biggest controversy I can think of other than the aforementioned darlings controversy… (because surprise, I’m a Voca-P that’s been around for at least six years in the scene!)

Also, toxicity is exactly why more and more people have been leaving forums and servers, not even counting the number of people that wound up wrongful-banned from several platforms, myself included.

Not trying to say Spanish and Korean should be avoided, but there’s been some massive scandals that took place in those communities and that’s why the fandom there are going to be really sceptical. That said, we may never know, because there have been some massive controversies in EN too and half of them happened only because I was there.

Again, like I said earlier, French is one of the languages I really do want to push for. I’m also thinking Estonian.

Another thing, like, if anything, I for one, like, would still vouch for Korean despite the R-rated scandal that happened not long ago, because I would definitely love to try and be that bilingual connector between EN and KR (Yes, I’m bilingual), and I’ve seen what the people have been doing in that scene and I would definitely love to try and get to know more of the scene.

I suspect that there are three main factors involved in additional languages:

On the other hand, the output wouldn’t be better than concatenative synthesis, and I suspect that to produce the highest quality results, Dreamtonics would want to record the voices from scratch.

After all, if you’re going to invest all that money, you’ll want the highest quality product you can get, right?

Hm, I doubt a German-implementation would be successful - unless they’d made commercials everywhere to let us people know about SynthV, to be precise.

(You think German-me saw at least some Hatsune-Miku-stuff here in local stores? Unfortunately: Nope, never, as long as you don’t count a single rhythm-game for NDS3. Figurines? CDs? None. :sighs:)

As for imitating the language with our current options…
Though I used no dictionary for SynthV’s pronunciation - which means in other words, that I merely wrote “gibberish” text - our Chinese girl Minus (when compared to a veeeery old Vocaloid project of mine) did not the worst job in singing “Warten, dass ein Wunder kommt” from Encanto’s German version ( YouTube link ).

Cool idea! I’ve also been wondering lately, if they could squeeze some whole new languages out of the AI data they’ve got! Still, it’d probably take quite a bit of research into whatever new languages they look toward adding.

I’m English so my vote would be French - it just sounds so ‘romantic’!
I know it is useless to even mention it but Celtic (or Gaelic-ish) would be fascinating - so ‘mysterious’

) in the future, that’s will be good 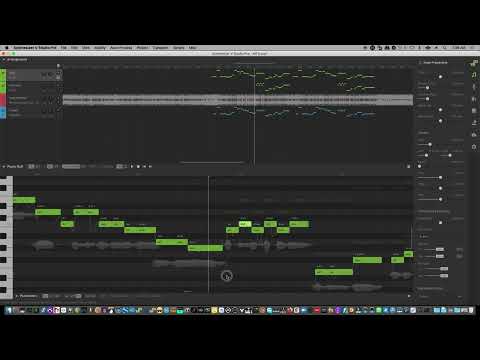 that I’m going through… Big problem are also the “rolling” (thrilled) r in the sentences.