Am I allowed to get donations using Synth V Basic?

SynthV Studio Basic does not have any restrictions on commercial use, however the lite voices do.

That said, commercial use applies to direct monetization, ie the sale or collection of advertising revenue from the rendered output. A “tip jar” or donation link on your Bandcamp profile does not count as commercial use.

I can’t believe that got overlooked. These days people getting large-sum donations out of the blue is a thing. Well then again, so is the surge of chargeback scams. But still, if the tip jar gets too big Dreamtonics will have to tear down the door. Not fair, I know, but that’s just how things like this work.

It’s not an oversight. Just like people can raise money via Patreon for things like song covers, fanart, and video game modding, as long as they’re not selling the result it’s legal.

Okay, so it’s more of a grey area then. Because there’s no way all original artists and companies are going to just let it slide if one cover or mod gets way more attention/funds over the original and nobody remembers the original anymore. I’d be livid if that happened to me. I could argue there would be at least one original artist that would challenge a derivative for moral rights at one point or another.

Then again, even if one of my band’s originals really took off we’d always end up back in the studio to try to write another one and another one so inevitably these songs are going to be pretty dime a dozen so trying to sue someone for moral rights (especially for us) could end up being pointless. Hrmm…

You know what, I could just be overthinking this. Maybe it’s not healthy (or worth it) to be jealous over someone’s cover of one’s own original when there’s plenty more originals to write in the future.

An easy example would be this fan song. The song uses the Vocaloid Fukase who, similar to SynthV lite voices, cannot be used commercially. The video features Venti, a character from Genshin Impact, and therefore cannot be monetized.

But there is a link to Circus’s Bandcamp in the description, as well as a link to Starfield’s carrd which prominently advertises video commissions. Additionally, it was posted as a free download on the same Bandcamp profile Circus uses to sell all his original songs. These things could obviously lead to monetary gain by either party, but are not considered commercial use or monetization of Fukase or Venti. 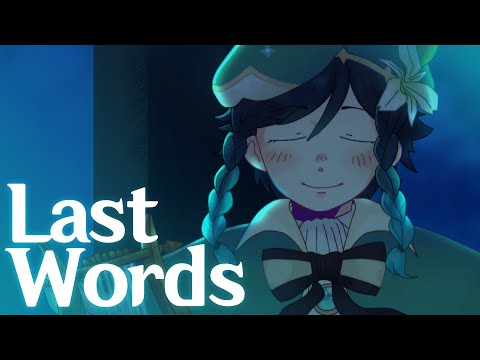 That’s rather murky territory. Thank goodness I never dabbled with it.