It would be cool if we could buy ALL of the available Voice DBs from the Dreamtonics store!

Wouldn’t that be a dream, y’all? I mean, maybe the companies that own the voice DBs want to sell directly, but it’s too bad that they can’t somehow all sell through one shop… Didn’t Vocaloid & Yamaha do something like that? Where they had a Vocaloid store? i don’t remember too well.

Anyway let’s be real here, it’s because I want Stardust-AI, but the way to buy her from USA looks convoluted/impossible. She just has the most epic range of vocal modes so far

And while we’re at it, there’s loads of other voices that are each on sites of different languages.
Like, let’s say you’re a music producer looking for a new tool and you AREN’T used to this kind of thing from the vocaloid fandom. The fact that lots of cool voice banks are hard to buy might be quite discouraging from getting into Synth V at all! Just a thought.

Honestly, I think Dreamtonics could make some extra revenue if only they could arrange deals to sell the other companies’ voices through their own store. I’d be willing to pay a bit extra for some voices if it meant I get to use a store that is actually localized for me. I wonder if they are just planning to roll that out at a later date or something.

it would be cool… id love 2 buy shian but anicute kinda sells used codes yknow and i dont have taobao, i think it would be a good idea!!

what, like you buy em and then the code doesn’t work?

im… unsure, theyve sold people codes that have been used on another device or codes that just dont work at all it seems. i remember i applied for a renri code back in march and i havent gotten an email back yet. OHH hm interesting. The codes thing seems really weird, like what would Anicute have to gain. It kinda sounds like they have some issue with the same codes being generated twice for multiple people, or maybe someone has figured out how to dupe anicute codes and they are struggling to patch it for some reason. but the physical editions thing sounds a lot more suspicious. I hope it’s not a straight up scam at least, ya hate to see that!

the only thing they would have to gain from it is money.

i assume so! but i guess they cant be bothered

I don’t know if this is valuable info at all, but when I got Cangqiong from Anicute I also had some code troubles (also got “this code is being used on another device,” or at least something similar), but (same as the person in the first screenshot) when I emailed them they were super cool about it and (after a few tries) did eventually get me a new working code. In fact, all of my customer service experiences with Anicute have been really, really good??? I just don’t get it.

I’m not saying I don’t believe this stuff is happening, of course, I’m just shocked. I want to give Anicute the benefit of the doubt but those are some really less-than-promising testimonies.

Wait after a few tries? Are you saying they sent you multiple unique serial codes that didn’t work until one of them did? That sounds super suspicious, like they didn’t know which codes already have been activated… Have you checked if your current code has all 3 activations available?

Best way would be to try installing then activating the affected library on two more computers. If your code is working properly, it should be able to be activated on 3 computers simultaneously.

I’m really sorry, but I think that’d be a bit much for me at the moment

I mean, I’ll consider it, for sure, since that sounds like a good test to do, but I’ll definitely need to think about it a bit (personal reasons, and all that).
If I do end up trying that out though, I’ll definitely let you know (aka. make a post about it somewhere on the forum). Might start a separate thread though, since I feel like this one’s getting a bit derailed.

Yeah, I’m wondering if someone has hacked a code generator. It just makes zero sense for a company to sell used codes.

In defence of Anicute — I got Eleanor Forte AI digital version from them, the activation code arrived on May 1st (so a month ago) and I had a trouble-free transaction. Maybe this problem is something they are struggling to sort out right now, if they don’t they will eventually go out of business so I can’t imagine it being deliberate

Back to thread, it would be a Godsend to have any dealer capable/willing to sell the entire library anywhere in the world; or at least one for each region/continent/whatever.
I would also like Dreamtronics to update their website to at least reflect the current “Line up”, maybe making it clearer which voices are now (or soon to be) AI ect. Was it ever a full “line up” or just a suggestion list

Looks like you’re starting to get your wish! The first non-Dreamtonics vocal to be available on the International store is SOLARIA!

Not only that, through the Dreamtonics International store, she is now available for the starter bundle with the Pro editor too!

Now if they can add her to their Taobao store, that would be cool too, in addition to any other non-Dreamtonics vocals in general! .w./ I know ideally, people would definitely want the Chinese (Quadimension) vocals on there since they’re the most confusing to buy, but I guess one step at a time? Keep your fingers crossed! 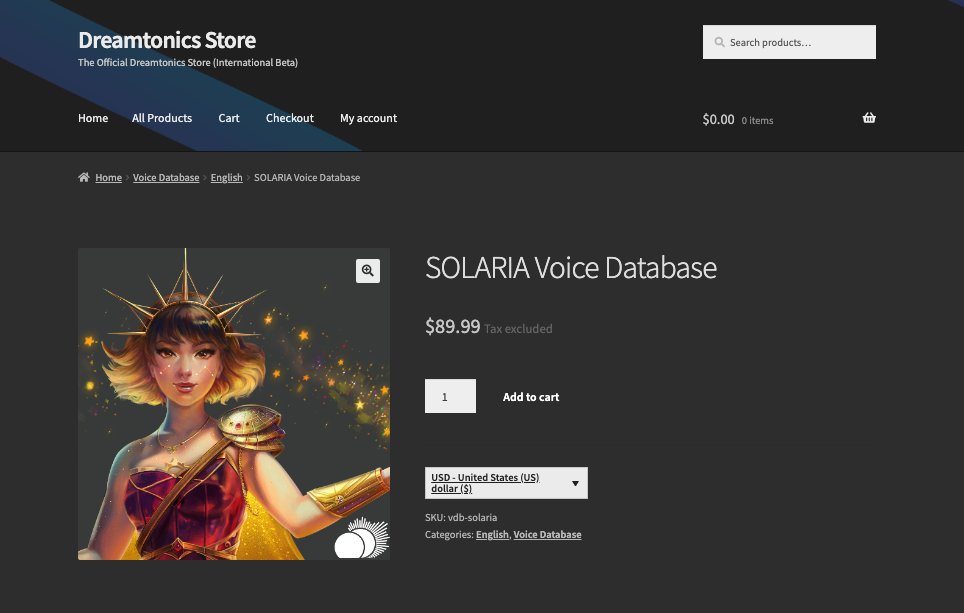 Good evening! We have posted a new crowdfund update with a few announcements - including the contest results (a bit ahead of schedule), and the announcement that SOLARIA is also being distributed on the @dreamtonics_en store! Take a look here: https://t.co/ODIrIXDbFT 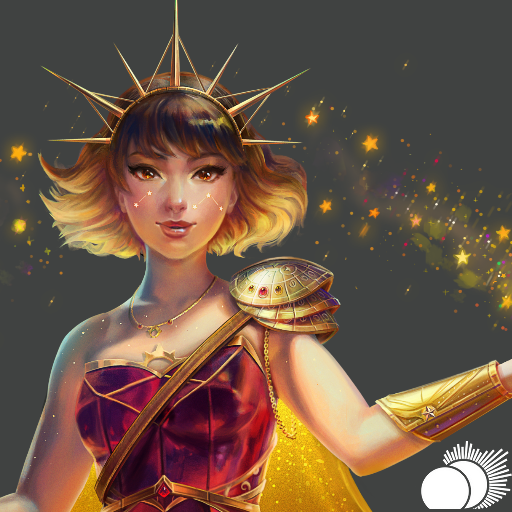 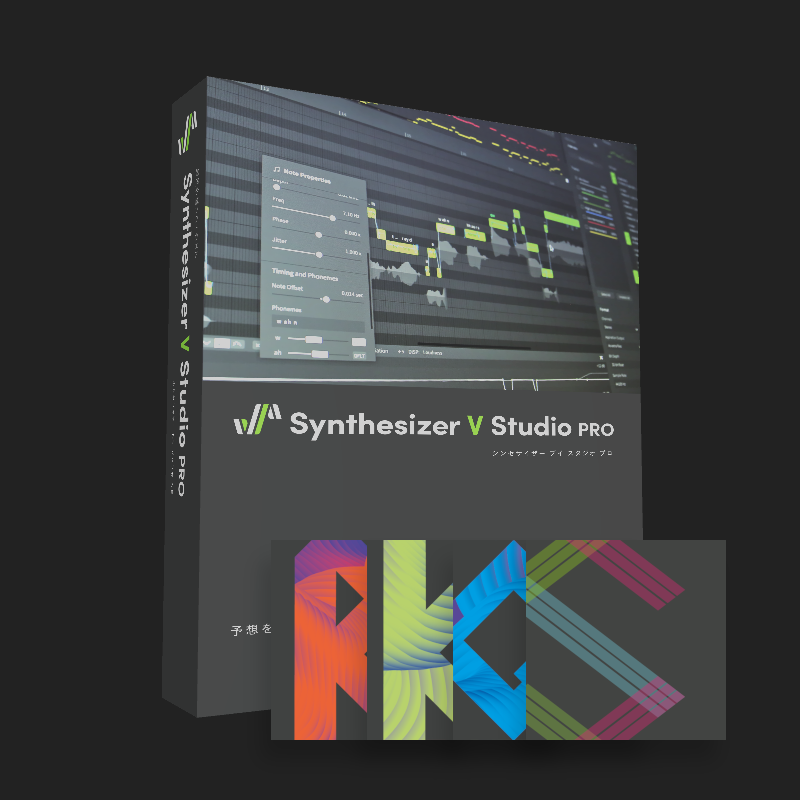 Notes This is a digital product. Download links and activation codes for both Synthesizer V Studio Pro and the voice database of your choice will be delivered through email upon successful purchase.