SynthV Studio does not support gradual tempo changes. In other words, the marker you add for the new tempo causes an immediate change to the new bpm.

Since the DAW you’re using is likely changing the bpm smoothly rather than in steps, things won’t line up. The only way around this that I know of would be to manually apply the timing change to the rendered output in your DAW.

If the vocals have to be manually edited in another audio program, what should be done to the vocal audio files to make the tempo glide sound the best? (for reference, I usually do my editing for vocals in Audacity)

@claire hey I tried again by editing the tempos using the sliding stretch tool in Audacity, and the results still were’nt succsessful. The main issue I was facing is that I couldnt get the tempo to stretch exactly from 130 BPM to 98 BPM, only about 130 BPM to 97.5 BPM. Do you have any suggestions for other programs or tools that can handle these tempo changes better?

It’s not something I’ve ever done before, but you’d likely need a proper DAW rather than just a basic audio editor.

I would use REAPER and follow this example. You can add markers at the beginning of each bar to have your audio fit the deceleration curve of the tempo. 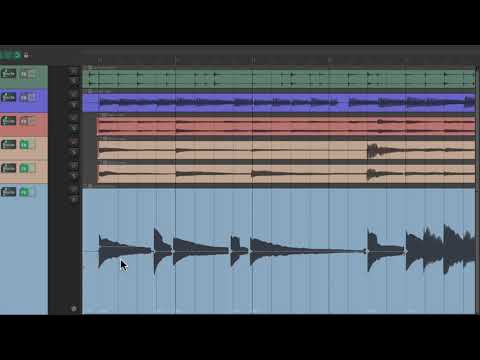 What’s more, you might be able to just add the tempo change into reaper and the audio should follow that already, then just export the track.

im sorry for asking such a dumb question for you. I ended up just making the tempo glides into 4-step instant tempo changes to make up for the fact tempo glides cant be done in the SynthV editor.