Dreamtonics released a new teaser today, not inviting people to listen to a new singing vocie, but to listen to a voice beyond singing. Can we expect a TTS software? The answer will be revealed at 5pm on August 12, GMT+8. 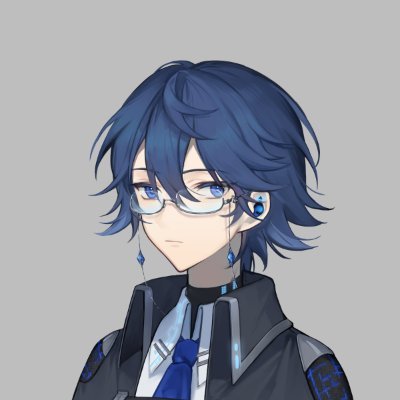 @LenKiMo
Dreamtonics released a new teaser today, not inviting people to listen to a new singing vocie, but to listen to a voice beyond singing. Can we expect a TTS software? The answer will be revealed at 5pm on August 12, GMT+8. https://t.co/qGStymgZXU 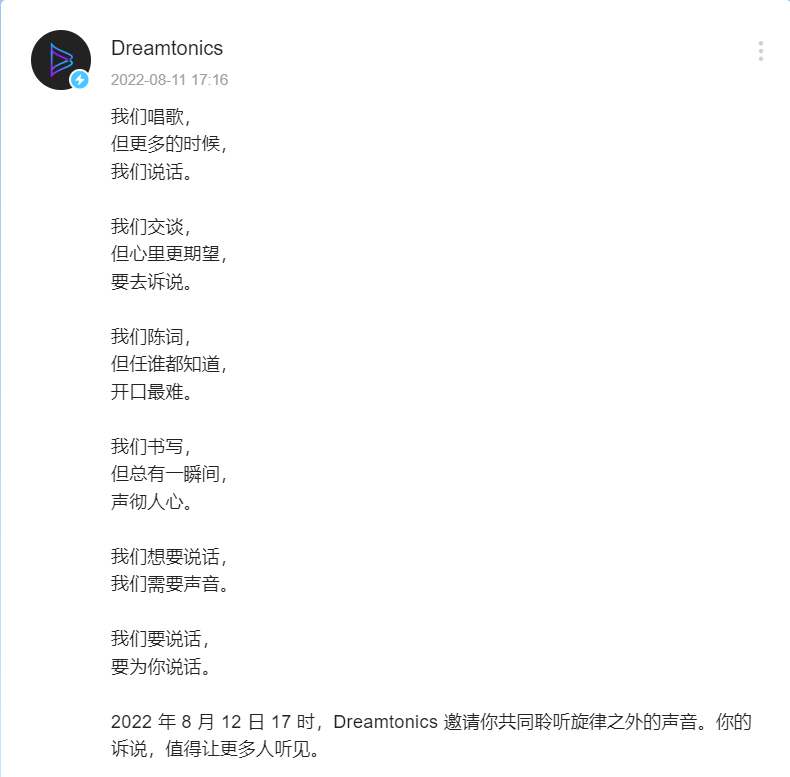 Here is an unofficial translation:

We sing,
but more often,
We speak.

We talk,
but sometime, we expect,
to tell.

We state,
but everyone knows,
open hardest.

We write,
but always a moment,
voice pierced.

We want to talk,
We need voice.

We’re gonna to speak,
to speak for you.

On August 12, 2022 at 17:00 GMT+8, Dreamtonics invites you to listen to voice beyond the singing voice. Your words deserve to be heard by more people.

Considering that this is a teaser for a Chinese social media debut, it is likely to be a new product for the Chinese market.

If there are more latest news, I will update it in this post.

Dreamtonics has already released a TTS software called Voicepeak in partnership with AHS. It is possible that they are expanding Voicepeak to support additional languages.

Though Voicepeak seems more directly tied to AHS than SynthV is, so it’s possible it’s specifically a new Chinese TTS software instead of an expansion of the existing product. It is generally difficult to find information about Voicepeak anywhere other than the AHS website, and it’s not on the Dreamtonics store.

I think it’s very possible that it could be a new TTS given they did not namedrop the software at all in the OP, unless there’s a chance this is debuting Voicepeak to Chinese-side. I don’t know how likely this is, but it’s still really great to see either way.

Dreamtonics has released a concept video for its TTS software and confirmed that it is the Chinese version of VoicePeak.

In the concept demo video, Dreamtonics shows four types of vocals, adult female, adult male, middle-aged (elder) male, and juvenile female. At the same time, these four voices are read aloud in different moods and tones, which can be considered to show the four basic emotions: sadness, joy, anger, and happiness.

The demo video did not disclose the official release date of the product, but said that more demos will be released.

If you’re curious about the recitation of the demo video, here’s a simple proofread machine translation:

At first, you buried your mind in your heart,
The sound is silent, the word is invisible,
Not knowing how to be heard, you give up talking.

Later, you compose your thoughts into songs,
Melody spreads emotion, words answer meaning,
The ever-changing singing voice carries your heart and sings it to distant audiences.

However, you always have words to shout,
Fire in your heart, trip in my dreams,
Your heart has a wider world, and you want to express it more abundantly.

Now, we bring you live voices,
your imagination, your mind, your opinion,
Let us speak for you,
Let the world hear it.

Hope one day this will come to the west as well with support for English voices.
The progress they’re making on vocal synthesis is great.

My gosh, I forgot how chillingly realisitic Voicepeak sounds… This is incredibly impressive! I’m really looking forward to more demos and hope that one day, we’ll get English, if at least to match the number of languages to Synth V.