The song I’m currently making a cover of has a LOT of vocals going on, or, rather, vocal MODES and because you can’t change vocal modes on the fly without having to make a new track, I was wondering if there was perhaps a script or way to have all vocal tracks visible?

I intend to record SynthV as a window so that I can showcase it within the video itself, and I was curious whether or not I can make it so all tracks are visible so that I wouldn’t have to do multiple recordings of the window, but on different tracks.

You cannot show more than one track, however groups are effectively tracks that can be embedded within a single track. Groups and tracks behave very similarly, in that each group’s notes is treated separately and can have a different vocalist and vocal mode.

One option would be to merge each track into a group, then move all groups onto the same track. This does mean that they will all be the same color in the UI, since color is determined by the track only. You can even have groups overlapping within the same track, because their notes are treated separately. Keep in mind you will only see curves in the parameters window for the selected group. 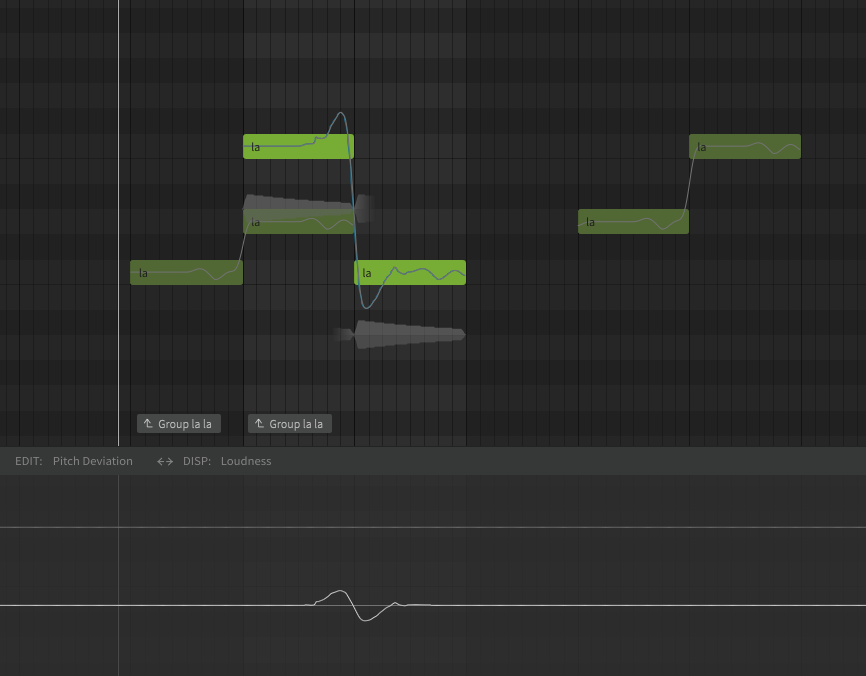 Groups have the additional benefit of being linked; two instances of the same group will be identical unless they are dissociated from one another, and changes to one will affect the other.

Hmmm when you say changes will affect one another, does that mean, because they are grouped, they’ll essentially share parameters?

Different groups do not affect one another. Two instances of the same group will be linked. This is useful when two parts of a song are identical and you don’t want to repeat work.

Without this feature, many producers would simply omit the duplicated sections and copy the the same wav in their DAW for each part of the song where that phrase was repeated.

Different groups will have their own parameters and not affect each other, they are effectively separate tracks (except that you can embed them within a single track to be side-by-side and reduce clutter).

You can see in this video, I do the following: 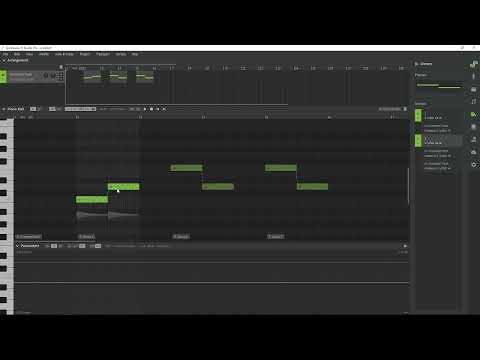 Apologies for the poor video quality, it seems recording my 1080p screen in 720p caused some distortion.