Dreamtonics announced their latest new project, Mai, who is a feminine Japanese voice database! She is expected to release soon and has “crisp pop singing vocals” that’s especially suitable for J-Pop. She’s said to be able to retain her characteristics regardless of the range/key she’s singing in. She has a demo available known as “Merry-Go-Round” by Shunsuke Minami. 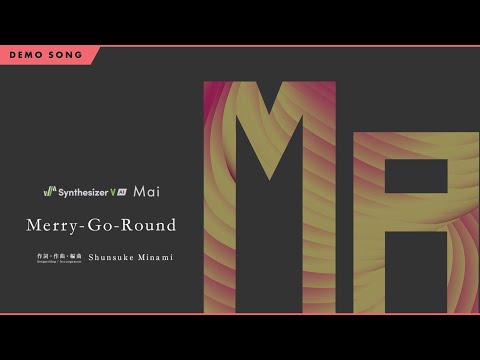 EDIT: Upon closer inspection, Mai has at least two Vocal Modes: Emotional and Soft. Unknown if she’ll get more at this time.

I was surprised to see Mai this morning! I’m trying to keep informed about future VB’s, but I didn’t even know about her… I’m expecting Xia Yu Yao and Rosa, so pleasantly surprised

I really like her voice, she has a sweet tone that feels nostalgic to me (maybe it’s the song choice?)
I hope they add more vocal modes for her though, I feel she has so much to add.
I’m adding her to my increasing VB wish list

Don’t feel too bad about it. Dreamtonics has a habit of announcing and releasing products out of nowhere. She was only shown off this morning, so you’re on time. Even if not, it’s not unexpected for people to not know about new Dreamtonics vocals right away, even a month later is fair enough lol.

Some AMAZING news regarding Mai and SVS version 1.8.0 beta!

Mai was announced to release as a FREE voice database for all Synthesizer V Studio Pro users, including new ones! And for something great, Mai is apparently very well liked in the Japanese market!

Be sure to update to Synthesizer V Studio Pro 1.8.0b1 to be able to use her!

Dreamtonics releases the Synthesizer V Studio 1.8.0b1 update. As a major and comprehensive update, 1.8.0b1 is being rolled out as a beta first. The update introduces a major evolution of the synthesis

Mai can be downloaded from the Dreamtonics resource download site (typically used for distribution of SynthV Studio Basic and lite voices) in a new “Free Voice Databases for Synthesizer V Studio Pro” folder.

Downloaded the 1.8.0b Synthesizer V Pro engine and I have also downloaded Mai AI and it’s asking for an activation code? Is this suppose to happen?

Is your copy of SynthV Studio Pro activated? I upgraded from 1.7.1 (already activated) and was not prompted for any additional activation.

edit: to be clear, I did not attempt to install Mai until after upgrading to 1.8.0b1