A couple questions while learning

It’s been over half a year since I discovered synth v and I still use it almost daily.
I’d love to get better at making covers but there are some struggles.
I don’t really have any musical knowledge; I can’t read notes, I can’t play any instruments,…
I notice that’s it’s often hard for me to figure out the notes being sung making it hard to transfer that into a cover. I tried being patient and puzzling around to see what sounds right but I’m never certain and it takes a really long time for a very so and so result. It’s a bit demotivating sometimes. I thought maybe in the long run I’d automatically be picking up on notes.

I also wonder how common the use of scripts is. I tried it once (with a program called praat and a script) and it didn’t work, probably because I was trying to follow steps while having no clue what I was doing.
Is it standard for more advanced creators to use them?
Can you achieve better and more efficient results or is it really just about saving time?

And finally, is the grouping option something you want to use on every project or only in cases where for example major vocal changes happen?

I’m just looking for some advice, maybe hear what helped other people
Thank you!

I notice that’s it’s often hard for me to figure out the notes being sung making it hard to transfer that into a cover.

I’m also pretty slow at this, it’s not easy! Mind you I also don’t have an extensive music background. There are a couple things I do to try and make the process easier:

I also wonder how common the use of scripts is.

That depends, do you mean using scripts or creating scripts?

Creating scripts is effectively software development. It is not expected that users are capable of this, but the difficulty can vary a lot based on what you’re trying to accomplish.

Using scripts is just a matter of clicking the scripts menu in SynthV Studio and selecting the script you want to run. If you find scripts that help you accomplish what you’re trying to do, that’s good! However they are most often time-savers and workflow tools.

Every once in a while someone will come up with a set of scripts that does something that would be difficult or impossible to do manually, such as applying the pitch curve of a real vocalist to your SynthV track like in @hataori’s Real-Voice project (GitHub - hataori-p/real-voice: Scripts for working with a real voice in Synthesizer V Studio Pro). That said, this is not common and most users will not need this sort of functionality.

It can be helpful for avoiding duplication of work (ie doing the same thing more than once), but it’s totally okay to not use groups if they’re not saving you time.

The way to get better at music is to listen to music and to play music. There’s really no shortcut. You really have to think of Synthesizer V as just another musical instrument and not just some kind of computer program only. It’s kind of like people playing with Adobe Illustrator when they don’t know how to draw–it’s going to be really tough in the beginning because you’re learning how to use the program AND learn how to draw.

You don’t really need to know music theory in depth. Just familiarize yourself with the basic concepts like what are keys and what notes belong to a key.

And it really helps if you take up an instrument like the guitar or keyboards. Even something like the recorder is helpful. Learning to play changes how you think about music and it will help you create music and also recognize song structures of songs you want to cover.

how common the use of scripts

You may wish to consider taking piano lessons to get your feet wet a little.

I use groups where I have repeating vocal arrangements and want to copy them to several locations in the song. It is much easier than copying notes imo.

Or better yet, a ukulele, a great intro to playing the guitar (George Harrison was a great fan, so don’t write them off as toys). Put little coloured dots on the fretboard for the “white” keys of a piano, and you’ll soon learn the notes, which will lead you onto scales, and then which notes are in chords. Bang for the buck, ukes are great! I’ll just add that while learning an instrument can absolutely be beneficial, if you’re not interested in going that direction that’s totally okay. There are plenty of producers who can’t play any instruments and don’t have extensive music theory knowledge or formal training.

Learning an instrument will force you to learn to read music, learn scales, chords, and will offer a lot of practice with matching a note by ear.

However the hundreds of hours and regular practice routine required to learn an instrument won’t necessarily be “better” than the same amount of practice within your preferred activity (like making covers in SynthV), if that’s what you find more enjoyable. They’re two separate things with some transferrable skills.

Basically, don’t feel discouraged if you currently lack the means or motivation to learn an instrument, it’s one way to learn, but it’s not a requirement!

If I were to recommend some specific music theory learning that would help with making covers in SynthV:

If you at least have a basic understanding of those points, it should help quite a bit with making vocal synth covers, as well as giving you some context for the songs you’re covering which should make it easier to improve through practice.

I admire your honesty. Just trust your ears, that’s all. Everything else will come with hard work and experience, step by step. Don’t give up, please!

I also suggest learning Circle of Fifths, an indispensable tool for people with no or little music theory knowledge.

To get midi from the sound – Melodyne or Waves Tune will get the notes and (I’m using Reaper) export the midi notes to either a midi file or the DAW.

You could also consider Scaler 2 – which is a music theory/composition aid which will translate sound files to midi. Simple mono files (e.g. vocals) work best. It also has other items like composing from circle of 5ths etc. which could help develop your music structure appreciation. I consider it essential, but that’s my workflow and I’m comfortable with it.

There are undoubtedly alternatives I haven’t discovered but hopefully this will help you look in the right direction to get where you want to go.

Thanks to all the people who took their time to reply and give some advice.

I actually tried to learn how to play the piano as a teenager while learning notes and basics at the same time. I gave up back then because I was frustrated and tired of playing nursery rhymes instead of songs I liked. Of course you can’t expect to learn skills without the training that comes with them. Hopefully now I’m a bit older and have found something else to be passionate about that’ll be enough to keep me going.

I would also love to work with other programs that people mentioned like FL Studio, Melodyne, Reaper etc and see what I can achieve and learn from them. Even though the synth V software and voicebanks themselves aren’t exactly a cheap occupation, those other programs often come at even higher prices. To be honest I can’t really afford to spend the money on them right now, especially considering the fact I would just be focused on some features that come with it.

There’s one more thing I’ve been doing and I’m not sure if it’s a good or bad thing.
I have tried to start some projects from midis I was able to find and they usually seem to have at least one track that can be a good guideline for the vocals but it’s based on the instruments and not the vocals. Sometimes it sounds like it could be right but it’s probably not the case. I don’t know, should I stop doing that?

I’m also a bit unsure when to connect notes and when to leave space in between them or use the silence. Connecting them unless there’s clearly a pause is what I tend to do because it sounds smoother, but I also don’t want to stretch notes unnecessarily.

I have tried to start some projects from midis I was able to find and they usually seem to have at least one track that can be a good guideline for the vocals but it’s based on the instruments and not the vocals.

It’s normal for a song to have the melody be both played by a lead instrument and sung by the lead vocalist. Sometimes their exact notes will be slightly different, but it will usually be at least close.

Honestly, totally up to you! One thing you can do is listen to the original song and try to tell if the producer used smooth transitions (legato) or space between (staccato) in those places.

And here’s the great thing about making covers, there’s really no wrong way to do it. Some people really like trying to completely recreate a faithful rendition of the original, but it’s also a lot of fun to try and inject your own ideas and make your own version of the song.

If the original song uses legato but you really like the staccato sound, go for it! And if you get a couple notes wrong, as long as you like how it sounds that’s just “your version” of the song. Someone’s going to listen to that and be like “oh neat, Aerin made an interesting change there, cool” even if it was a mistake.

When you become acquainted with basic music theory. Watch for vocal harmony tutorials. This one is very informative and is almost all you need 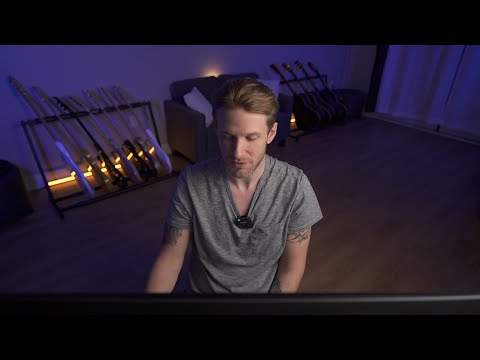 Thank you! This could be very helpful to get some more dimension into my projects. I wondered about this before and you linked a video that sums it up quite well.