How would you achieve a British accent?

I want to use Synth V for a British English singing voice. Is it possible to edit the American English voicebank phonemes, especially the vowel sounds, to achieve this accent?

If you mess around with the phonemes enough, yes!
So basically, whenever there’s certain words, try to capture how it’s being pronounced in such a way the synthesizers can understand it.

The word endure is pronounced “end-yur” in the American accent, and SynthV will write the phonemes down as “eh n d y uh r”

In the british accent however it’s pronounced “en-joor” to get that effect, you’ll have to write the phonemes down as “eh n jh y uw r” and mess around with the sliders a lot to get the results you want.

As you find words that need changing and adjust their phonemes, it would be a good idea to add them to a dictionary so that all future instances of that word will use the modified phoneme string (instead of having to manually change it every time).

Adding phonemes is a good idea indeed. To manually change them is something we have to deal with anyway… Each singer handles the outcome of a composed word slightly different as an other.

That’s really helpful – thanks for your replies!

Aside from the fact that there are a huge variety of accents in the UK, unfortunately it’s not just a matter of choosing the right phonemes… ARPABET seems to be missing at least one altogether, and it’s really common here: the ‘o’ in not/dog/what, which I understand is an open back rounded vowel that doesn’t really feature in American english.

If anyone has any suggestions about how to achieve that with the existing phonemes, I’m all ears… otherwise it would be great to see SynthV extend ARPABET to support it (and any others that are missing, like the rolled 'r’s that the Scots are fond of).

Yes, ‘British’ is as much a catch-all as ‘American’ when it comes to accents. I’d be happy with something that the listener could distinguish as some form of British, rather than distinctly American. Emivoice has a suitable voice for British English, but I’d like to see what I can do with Synth V.

Agree – it would be good to see Synth V extend ARPABET. I’d guess there’s a market for it.

Anyway, thanks for the reply!

For ah’s and oh’s I’d suggest trying these sorts of set up? 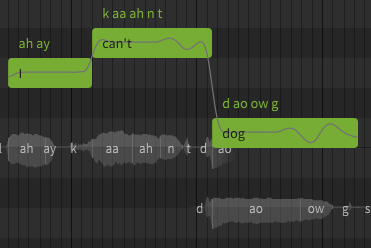 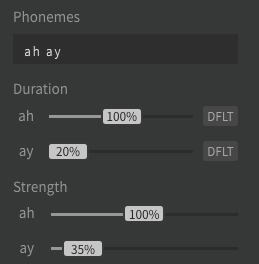 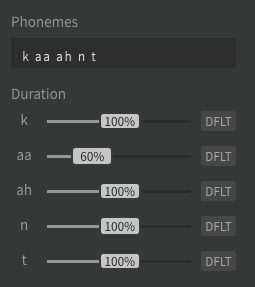 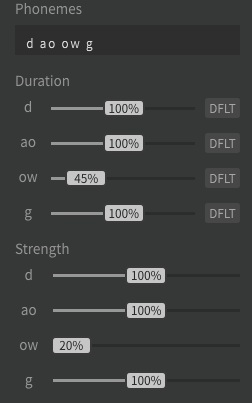