We finally got to hear Hanakuma Chifuyu’s CeVIO AI Talk voice and Synthesizer V AI voice via TOKYO6’s livestream! The demo song, “ヒメタルネ” (Himetarune), was already uploaded to Chifuyu’s official Twitter so I’ll link to that for your convenience. 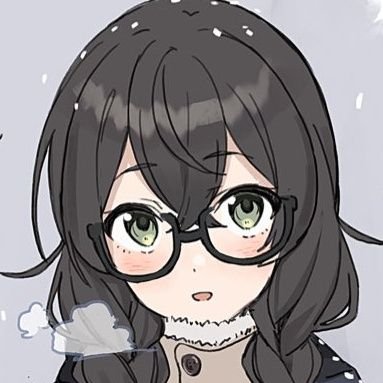 The CeVIO AI voice has not been uploaded to Twitter yet but was confirmed to come later. If you want to hear it, you can check out the livestream. I’ve put in the timestamp, so once you play it, it will skip to the part with her CeVIO AI voice demo. 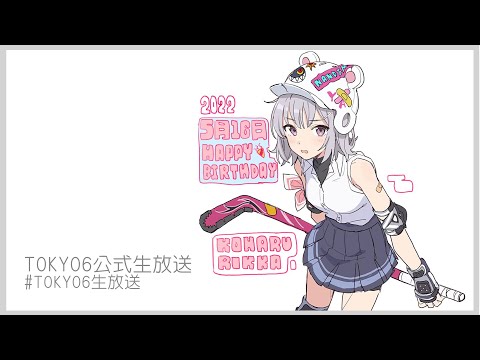 Details about Chifuyu’s crowdfund has been released in the stream, but the details haven’t been on Twitter yet either. Here’s the three goals as translated by xuu on Twitter. 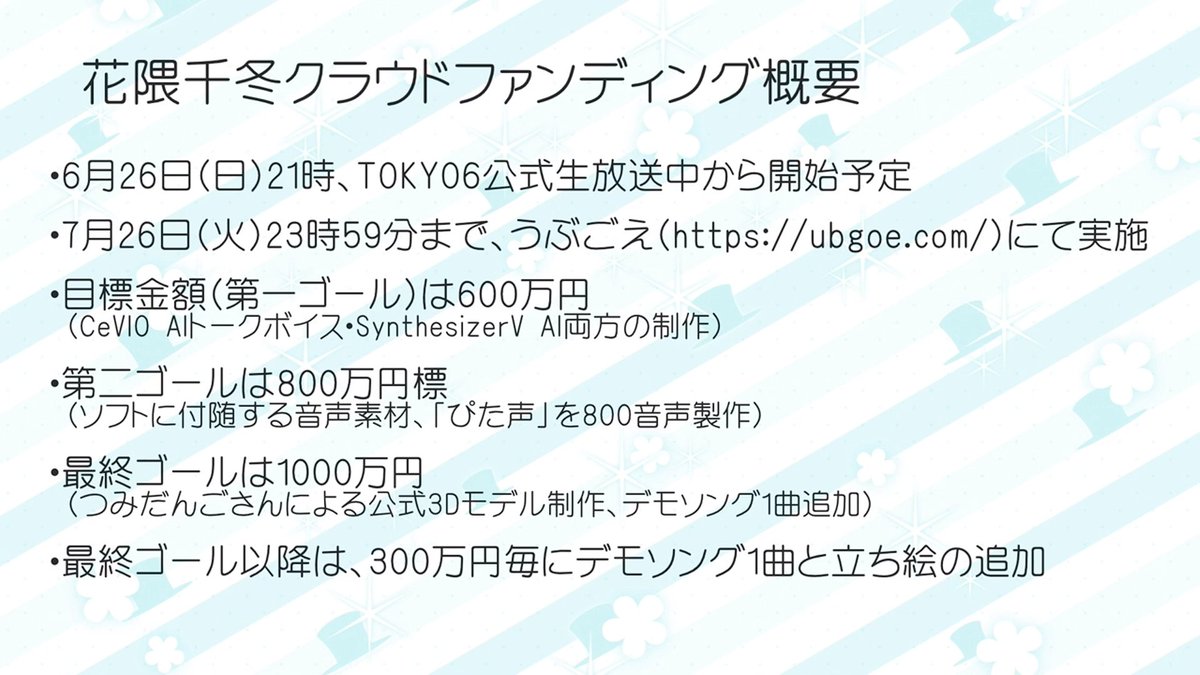 @uchuuzentai
- After that, every 3 million JPY raised will mean an additional demo song and standing art for Chifuyu!

The tiers were also listed in the crowdfund but hasn’t been translated as of yet unfortunately. The crowdfund will run for an entire month, from June 26 to July 26 and will be hosted on ubgoe.

Feel free to add more information as it comes through onto this thread. Can’t wait to see more of Chifuyu!

I would like to point out that the entire theme of the TOKYO6 cast is that they’re high school girls of varied ages (1st year to 3rd year specifically). The voice actresses were all instructed to sound youthful and probably to match the personality or image of each character (either from their own interpretation or by instruction by the director). From what we know of Chifuyu based on her appearance and canon information, she’s relatively more shyer and introverted compared to Rikka and Karin, and this really shows in her voice here: youthful, soft, and warm.

This is true of any other character a VA is asked to voice unless told otherwise to sound like their natural self or preferred singing style. These are characters first and foremost with varying set personalities and a type of voice in mind. If they’re asked to sound like a cute teenager, a mature woman, an adorable youthful guy, or a serious handsome man, then that’s what they’ll give. Voice acting is not an easy job, and singing while voice acting is not that easy either. ;w;

If it’s about the voice being more natural and closer to the voice provider, then we’re talking about instances like the Dreamtonics vocals (with no character at all and is up to free interpretation) or SOLARIA. In those cases, the voice comes first, the character design after (either to match the voice or stick to a set theme or not). You have a singer with a powerful and mature voice, thus, you have a character design that also looks powerful and mature, with a sun theme to fit it too. They very clearly designed SOLARIA after understanding what Emma Rowley’s voice had to offer (and even said so here).

These vocals are not what real children sound like either. Most commercial vocals aren’t unless they’re Tsukuyomi Shouta, Tsukuyomi Ai, Oliver, or Kaai Yuki who were all voiced by literal children and are protected under NDAs.

Chifuyu’s demo has been officially uploaded to YouTube and Niconico now! 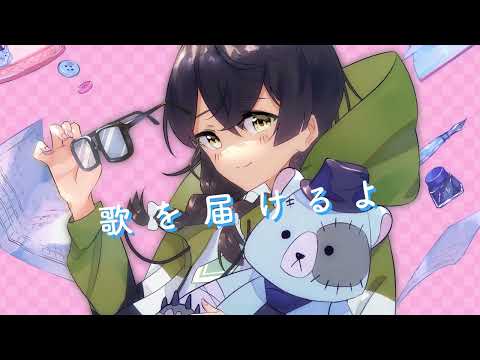 Chifuyu’s crowdfund will be starting soon on June 26 and will run until July 26! 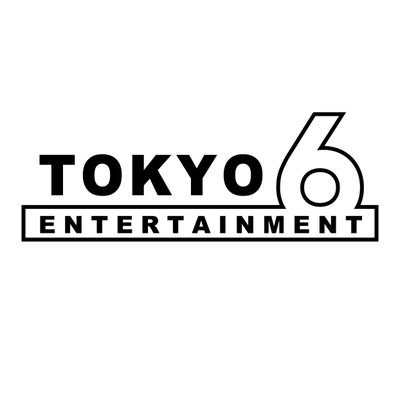 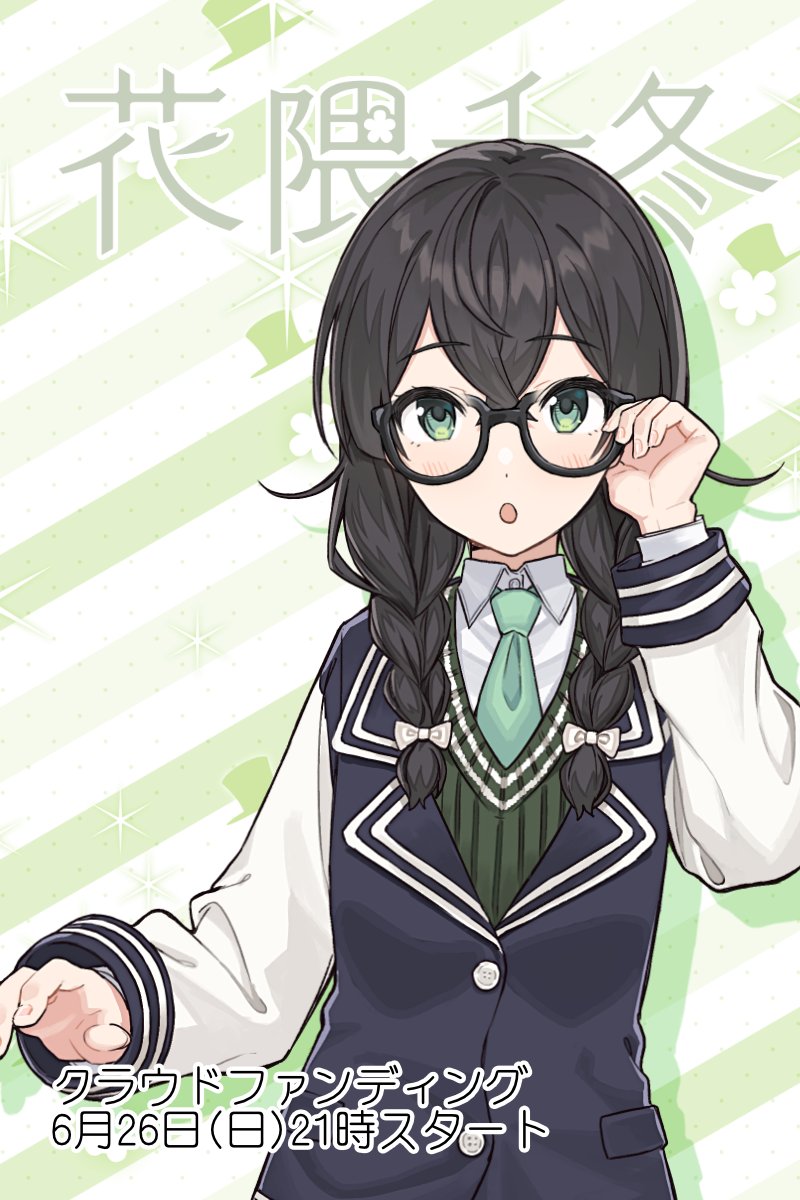 The image in the tweet features her CeVIO AI “boxart pose”. The Synthesizer V AI version was featured in the crowdfund page itself, but I’ll post it here anyways. There’s also a video featuring her Pitagoe samples, which will be available for owners of her CeVIO AI and/or Synthesizer V AI voice libraries. 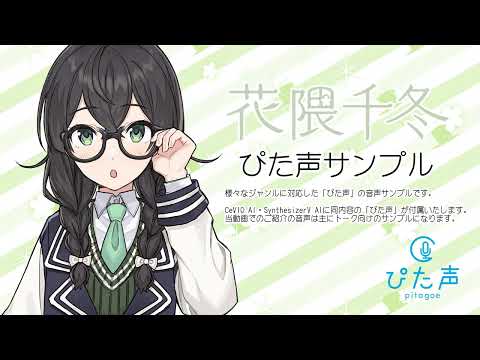 Link to the crowdfund is here, but it won’t open until the 26th as mentioned earlier. Looking forward to it! As a Westerner, I just can’t understand this fascination with what sounds like five year old girls. It appears a bit unhealthy, even slightly paedophiliac to me. Maybe it’s just a cultural thing?

Sorry if I tread on somebody’s toes!

On the other hand, as an Easterner, I have trouble understanding this preemptive, frantic fascination with making sure others hear about your morality

You quickly highlighted that you hail from [culture], something definitively different from [other culture], which is fascinated with [very exaggerated thing]. These people are a bit [abnormal/sick], even [morally apprehensive], ugh. Maybe it’s just these people’s savage ways, haha? Sorry if I offended anyone!

This is kinda the vibe I’m getting from your comment. It’s a little too vivid and even ageist over what sounds to me is a voice actress making a (not even 5-year-old sounding like you exaggerated, it sounds like a teen/young adult) voice bank for a digital synthesizer.

We’ve got a livestream coming in 2 days for Chifuyu~! Here’s the link to it! 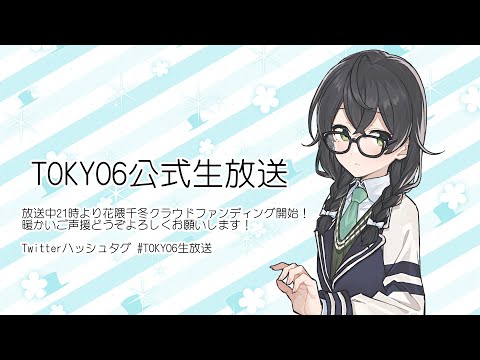 According to the livestream, Chifuyu will be getting 5 variations for Vocal Mode! They’re hoping to have them ready by her release date (and also mentioned that Rikka and Karin were progressing for these too).

Chifuyu’s crowdfund had started and already within minutes, was fully funded!

A little more on this, the Vocal Modes for Chifuyu were mentioned to be “Kawaii”, “Soft”, “Rock”, “Adult”, and “Piano Ballad”.

Someone managed to get a screenshot of the live chat for the stream and that’s where it was discussed.

Please stop spamming threads with irrelevant posts like this. This has nothing to do with Chifuyu.

Sorry about that, this is not spamming threads this is my upcoming synthv wishlist made by imdb i made it myself, i didn’t know was imdb is a… by away i love chifuyu

While not confirmed, it looks like Tokyo6 Voicepeak voices are under consideration: 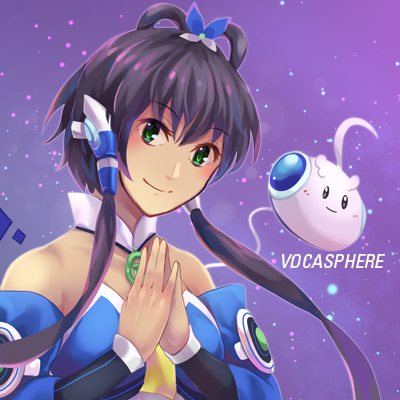 @VocaSphereNews
Ogata-san mentioned character versions of VOICEPEAK. Combine this with Akasakov mentioning how he’s considering making VOICEPEAK banks for the TOKYO6 characters, and I think people can start guessing what the next announcements will be about this! #ahsoft
1 Like
Jumpty July 7, 2022, 9:28am #17

original comment deleted cause I replied to the wrong person (very sorry, oriental)

Pedophilia is the attraction to a real existing child, not to an image of an anime character that looks “child like”. Chifuyu’s provider is also an adult woman. feels like internalized misogyny and xenophobia because of the “culture” remark

Today was AH-Software’s 182nd livestream. We got some new examples of Chifuyu in it, so I’ll add the video and then the timestamps for each part, as provided by Mahali Syarifuddin in the comments. Please keep in mind that some of the samples were originally sung by other SynthVs and they were used for Chifuyu to cover. The original singers were labelled respectively. 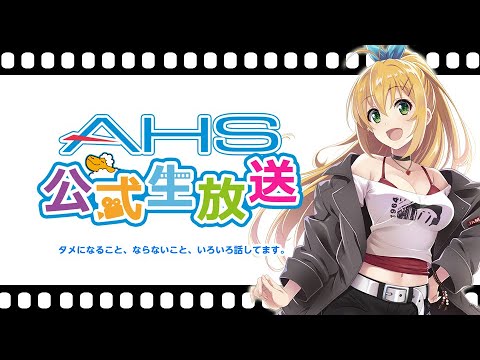 Hanakuma Chifuyu is releasing for CeVIO AI and Synthesizer V AI on October 20, 2022 and she’s now open for pre-order! You can get her as digital or physical copies, as well as starter packs (reminder that the SynthV Starter is a physical box of the editor + coupon for the voice you want). If you view her AH-Software page, it will confirm that her Lite is coming in November and as of right now, she does not support AI Retakes. 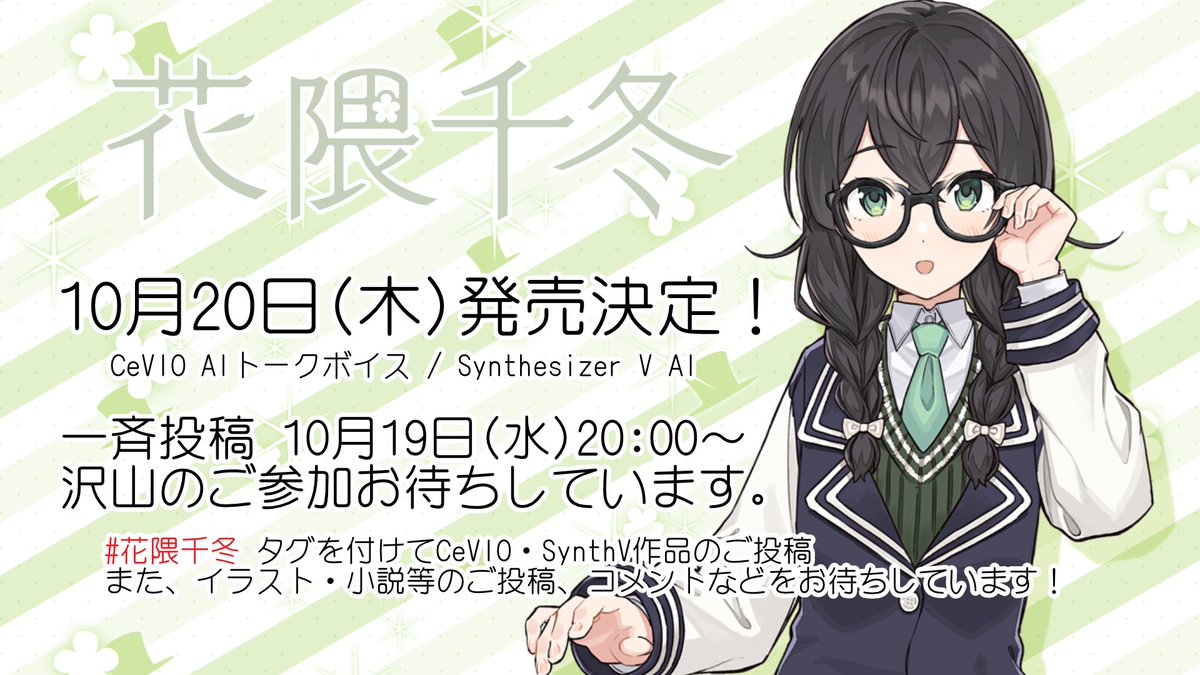 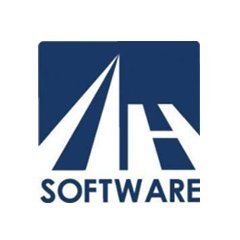 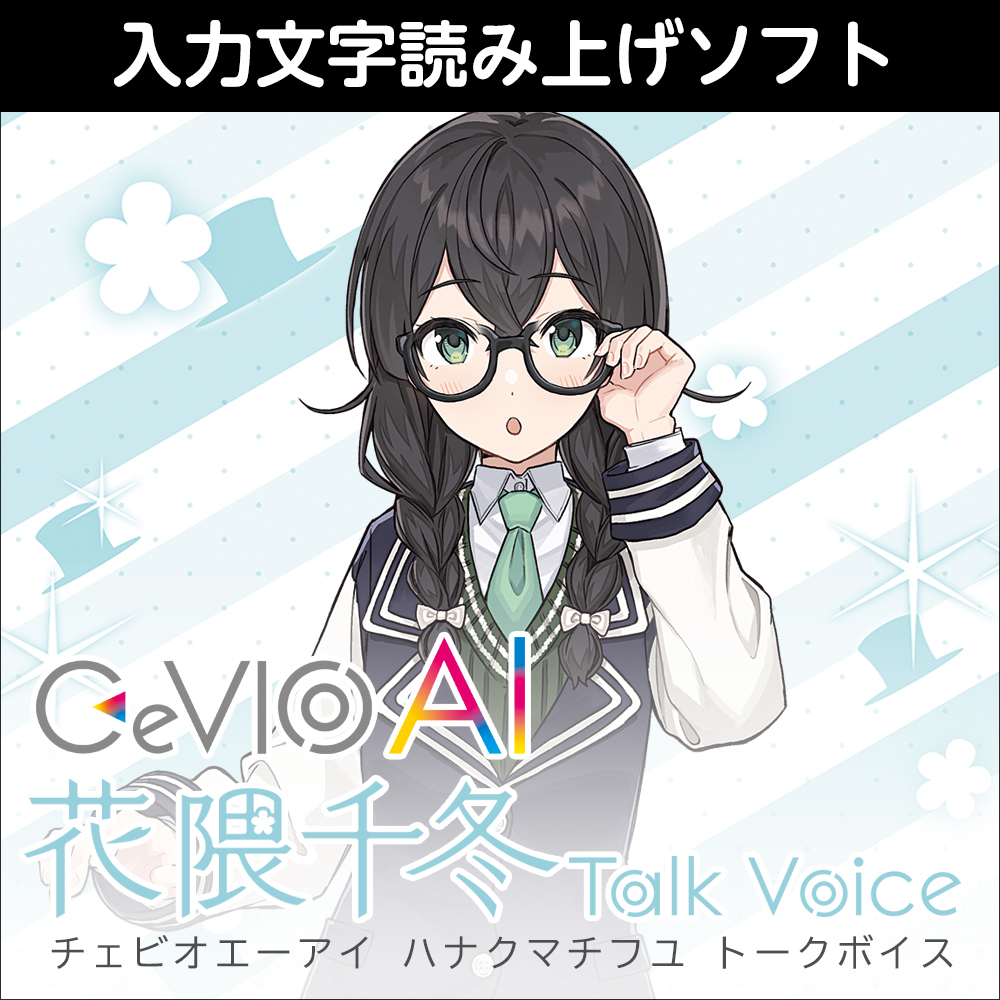 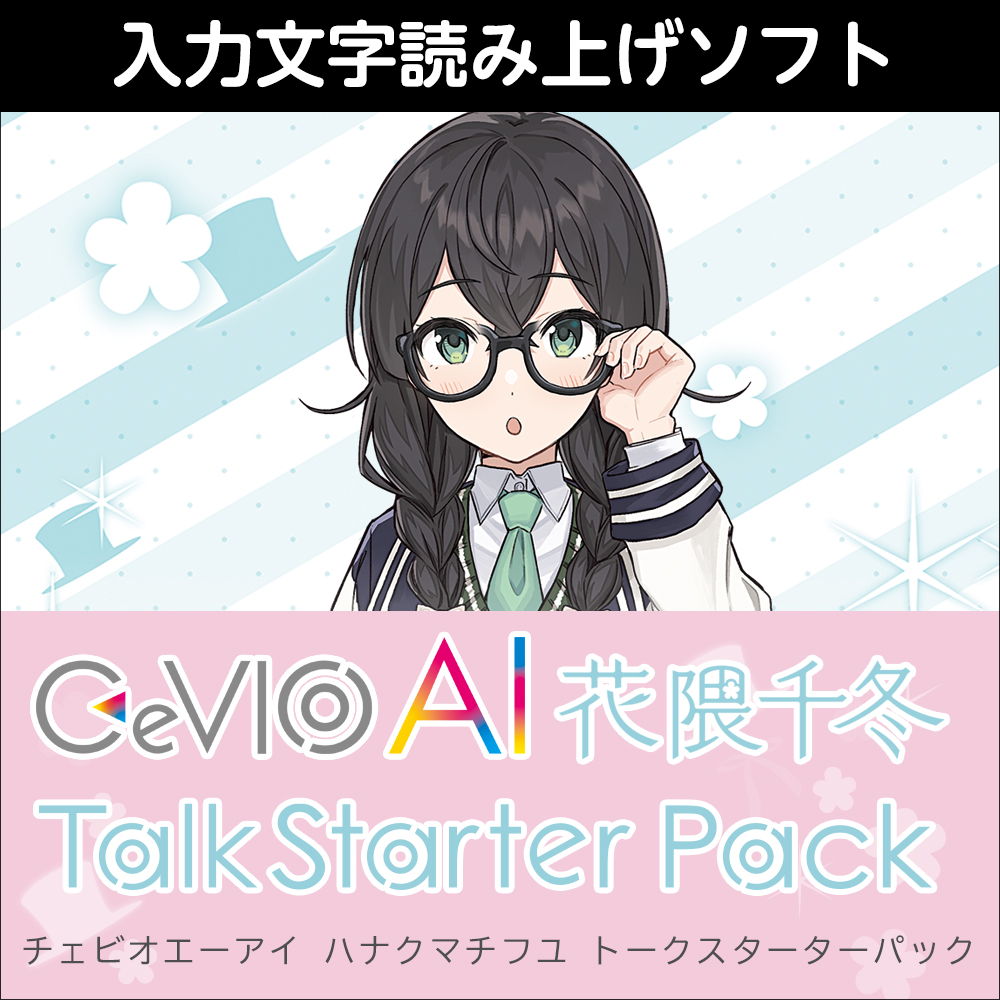 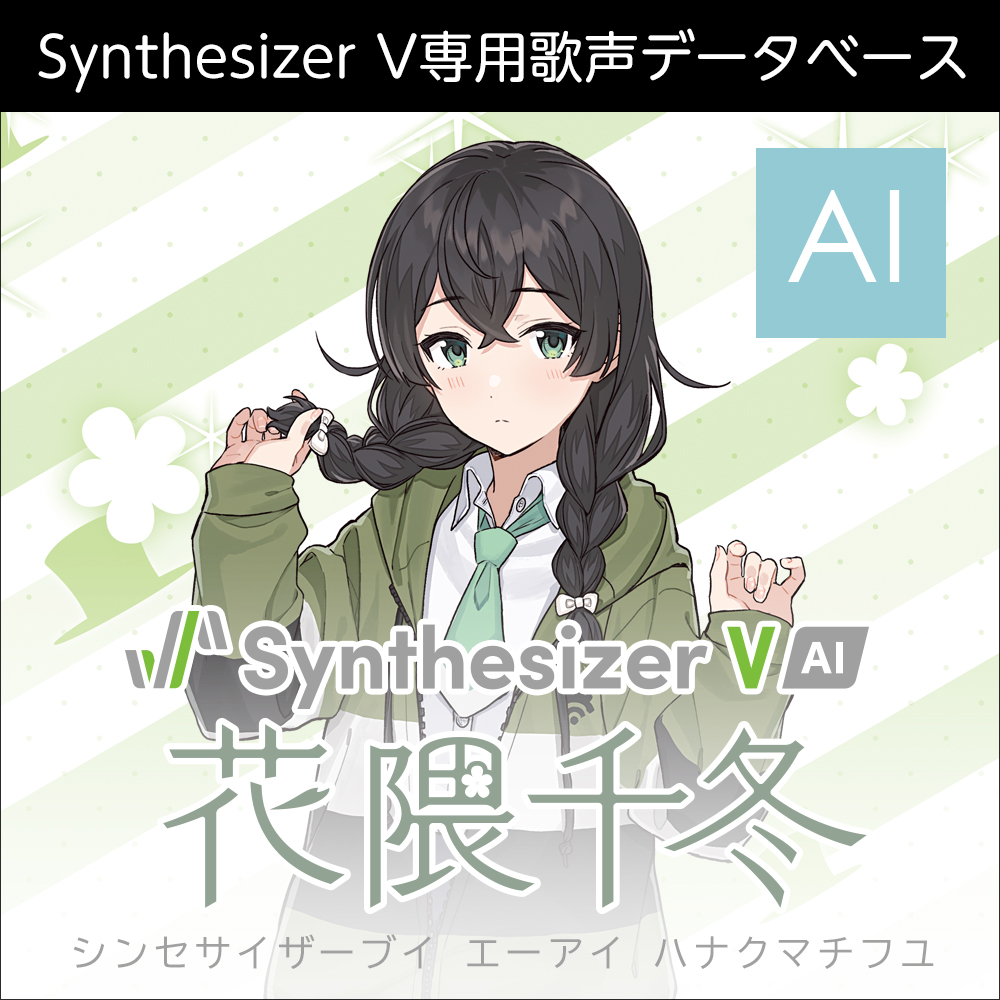 Today, TOKYO6 ENTERTAINMENT invites the crowdfund backers to upload their own works using the “#花隈千冬” tag and had the official Chifuyu demos uploaded! 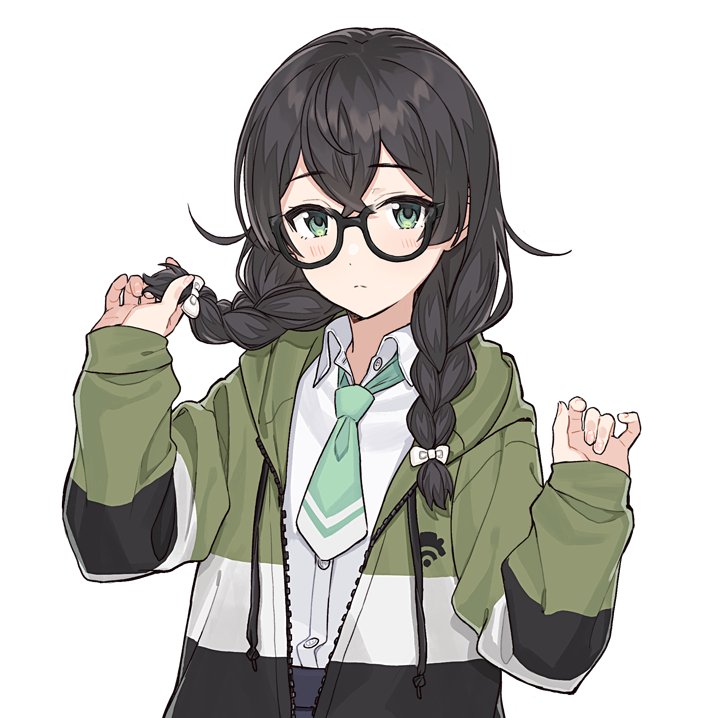 Here are the official demos! 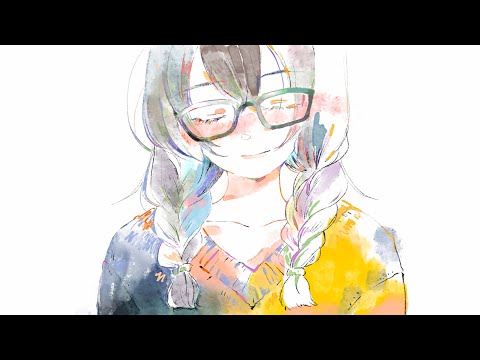 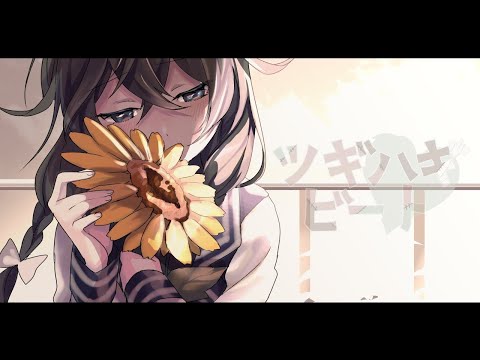 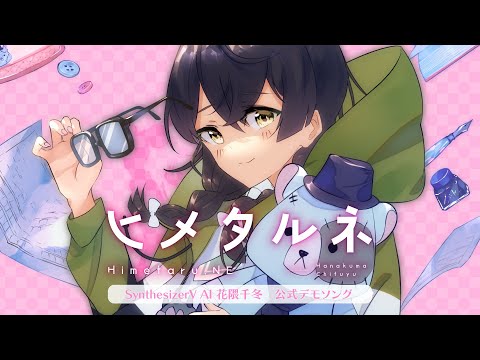 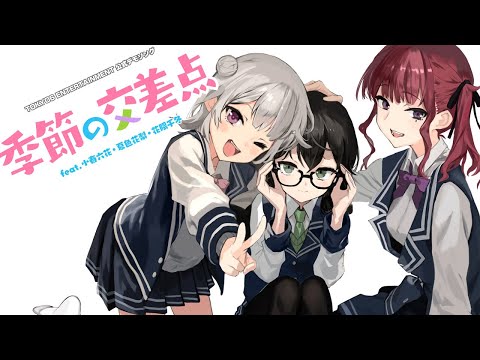 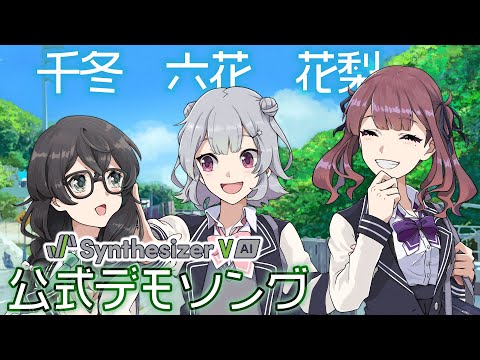 Reminder that she officially releases on October 20! All early works are demos or are by those who received her early via crowdfund.

Chifuyu’s Lite database is out now!